People have been after me for awhile to publish a straight-up story comic, instead of the collections I tend to make available. So, I did it. It was rough. I’m very proud of the end product and I had to work out new workflows to generate images for a LOT of panels. If I just sat around waiting for each image to render I wouldn’t have been able to leave the house, so I had to figure out a way to automate most of them, so that I could spend a couple hours staging the scenes and then set the two rendering PCs to churn out the images over the next day or two.

Not only that, but I placed it in an entirely new universe. My plan is to further streamline the process I worked out and have issue #2 and #3 come out in early May and mid-June, respectively.

We’ll see. Anyway, I’ve been cranking on this for weeks and I’m going to go out and get a little drunk.

Here’s a sample of two of the pages, so you can see how I plotted them out. 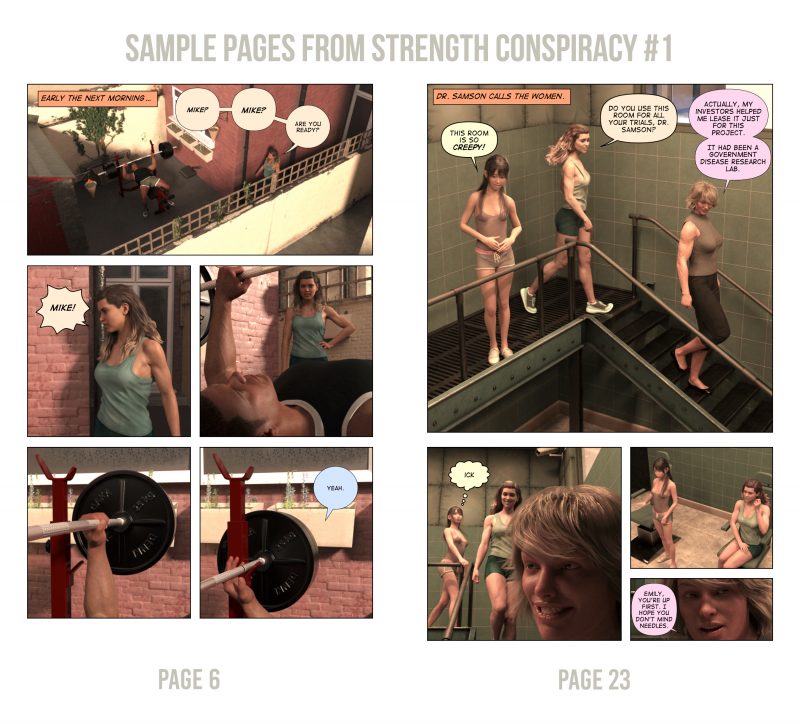